What’s Going on With the Spring Wildlife in Jackson Hole?

Spring is in full swing here in Jackson Hole. Much of the stunning natural surroundings of Jackson Hole, Wyoming are starting to wake up and thaw out. Spring is the season for birds, elk, and other wildlife to get a much-needed break from winter’s grasp. Here’s a look at the spring wildlife in Jackson, Wyoming.

Right now, the entire world is asked to stay inside. We miss being out on our favorite trails and spending time in nature. While we are spending time inside, animals are getting out and stretching their legs. With less people, they have more room to roam. You can see what they are up to right from your living room. Stay in touch with your favorite places with a digital tour and checking in on live web cams.

Unlike the spring season in many parts of the US, the spring in Jackson is still a snowy season. However, despite the chilly temperatures, the natural wildlife of the Jackson Hole area is slowly starting to come to life. Birds have begun to migrate to the National Elk Refuge in order to nest in the abundant wetlands. Male elk are getting a much-needed makeover, and bears are slowly waking up from their long winter nap.

If you’re ever in Jackson during the springtime, it is an amazing time to go on a wildlife safari in Jackson Hole. With fewer people, there are better chances to spot exciting wildlife such as bison, moose, antelope, elk, and bear. Bird watchers will love the influx of migratory birds, eager to find a mate and make a nest for the abundant summer season. This is an excellent season to spot bald eagles, mountain bluebirds, sandhill cranes, and even trumpeter swans.

Right now, both Yellowstone National Park and Grand Teton National Park are closed to the public due to COVID-19. Despite the closures, there are still great ways to interact with the park and enjoy the landscape. Use live game cams or explore the many resources available on the National Park Service’s website.

Spring is the low season for two of Jackson’s most incredible areas: Grand Teton and Yellowstone National Park. Although there are intermittent road closures during Spring for snow removal in both parks, there’s still enough open to witness the area’s bigger mammal populations awaken for the season. Catch a glimpse of the real-time action with the Yellowstone game cams and Grand Teton cameras.

During the spring, you can spot bears, bison, elk, wolves, and other large wildlife preparing to give birth. Baby mammals thrive during the warmer spring and summer months, where food is more abundant and tall grasses bring plenty of coverage from preditors. The first animals to give birth in the spring are bison. Their babies are born with beautiful red fur that’s thick to handle the below-freezing temperatures. Next, the elk babies emerge and finally, the bear cubs stretch out of their mom’s dens.

Just outside of Jackson, Wyoming, you’ll find the nation’s largest elk refuge. This vast, protected wilderness area is home to a variety of animals, including cranes, geese, fish, big game, and of course, elk. Each year, over 11,000 elk head towards the National Elk Refuge for the fall. Over winter, they forage for food amongst the vast grasslands on the refuge. Spring marks a special time for the elk. They shake off the winter blues and undergo a great transformation before heading towards the higher elevations for safety in the summer.

Spring also coincides with great bird migrations. Several species of birds, including beautiful trumpeter swans and bald eagles, make their home amongst the marsh grasslands. These rich waters provide plenty of food and protection for their young.

You can check out the Elk Refuge live with these webcams.

Spring Season for the Elk

Each spring, male elks begin to shed their antlers. Starting in March, all the male elk undergo the ultimate makeover as they shed their mighty “haircuts.” Some elk have antlers that weigh up to 35 pounds! That’s quite the haircut. With the added weight off of their shoulders, they are also preparing to become fathers. Female elk begin to give birth in late May through early June. Male elk live with many females, taking care of several moms at once. While the mothers are busy calving and taking care of their young, males stand watch and sniff the wind for any threats.

Wolves in the Spring

Back in 1995, the grey wolf was reintroduced into the Jackson Area. Originally in Yellowstone National Park, theses wolves did so well in their new home, that they have begun to make their dens in National Elk Refuge too. Called the Pinnacle Peak Pack, this special family of wolves thrives on the abundant resources and seasonal influx of preditors. Spring marks puppy season for wolves. Born in the safety of their den, usually in a liter of about 6 pups, they don’t come out until they can open their eyes and don’t need their mother’s milk, about 6 weeks after they are born.

Bears in the Spring

Grizzly bears, one of the most famous animals in the Jackson Hole area, emerge from their hibernation dens between February and May. Grizzlies were almost extinct in Yellowstone, but today they have an estimated population of 728 bears.

Over winter, mother bears give birth in their dens. They usually have one to four cubs and they care for them from the safety of their den until it’s warm enough to leave. During the spring months, they emerge quite hungry and can be particularly aggressive. They are on the prowl for animal carcasses that have died over winter, clovers, nutritious grasses, and other seeds.

Still a Season of Snow

Due to the high elevation, much of Jackson is still snowy throughout spring. Thanks to wildly unpredictable weather, temperatures can easily drop below freezing and snowstorms are still a threat. This puts added stress on newborn animals and their families. Life hangs in the balance during these times, so it’s important to always give wildlife plenty of space and observe from a distance.

Spring marks the start of wildlife viewing season in Jackson Hole. There’s a lot happening in the animal world during the spring months, making it an excellent time of year to visit for wildlife photographers, bird watchers, and other wildlife enthusiasts. ← Previous Post: What’s Up with Earthquakes in Yellowstone National Park? Next Post: 8 Tips for Hiking Responsibly During COVID-19 → 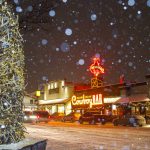 How to Ring in the New Year in Jackson Hole 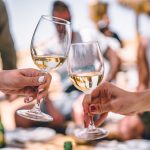 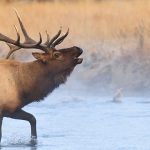 Jackson Hole is home to a diverse range of... Read More. 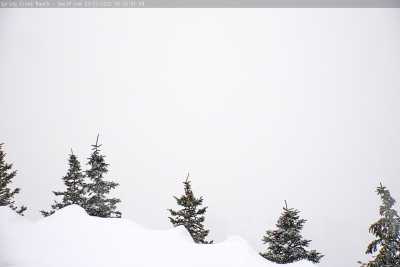 "Winter Outings in the Rockies"

My husband and I returned to Spring Creek after a previous visit eight years...

My husband and I returned to Spring Creek after a previous visit eight years ago. They did not disappoint. Our primary reasons for returning...

The staff at the front desk were exceptional. What pleasant experience it was when...

The staff at the front desk were exceptional. What pleasant experience it was when I showed up and had some reservation snafus. The front...

When my wife and I were at the Spring Creek Ranch this past week...

When my wife and I were at the Spring Creek Ranch this past week celebrating her birthday and our 40th wedding anniversary, the weather...

Very relaxing stay. We are a family of four and this was our last...

Very relaxing stay. We are a family of four and this was our last stop on our tour of Wyoming. This was a very...

We want you to know how much we appreciated the facilities and services of...

We want you to know how much we appreciated the facilities and services of Spring Creek Ranch for our recent 2014 APA Annual Meeting....

During our three week and 2,500 mile drive through the Northwest, Spring Creek Ranch...

During our three week and 2,500 mile drive through the Northwest, Spring Creek Ranch was one of the more memorable experiences. We were ridiculously...

Perfect place to stay out of the way in Jackson, WY. The location for...

Perfect place to stay out of the way in Jackson, WY. The location for us was great – outside the bustle of Jackson but...

Thoroughly enjoyed our week stay at SCR! Stayed in a 1 bdrm condo complete...

Absolutely the best vacation ever. What was a unique about this place was its...

Absolutely the best vacation ever. What was a unique about this place was its resident naturalist and photography wildlife and natural locations that made...

Excellent location on a butte between the town of Jackson (10 minute drive) and...

Great getaway in an awesome location. Spent three days in a cabin room. The...

Great getaway in an awesome location. Spent three days in a cabin room. The cabins are a bit rustic with a wood burning fireplace...

The restaurant was excellent. Great food and very good service. The views from the...

The restaurant was excellent. Great food and very good service. The views from the restaurant are memorable. The staff is very attentive and they...

The cabin and views were fantastic! I do not believe I have ever seen...

The cabin and views were fantastic! I do not believe I have ever seen such beauty in one area, my camera will never be...